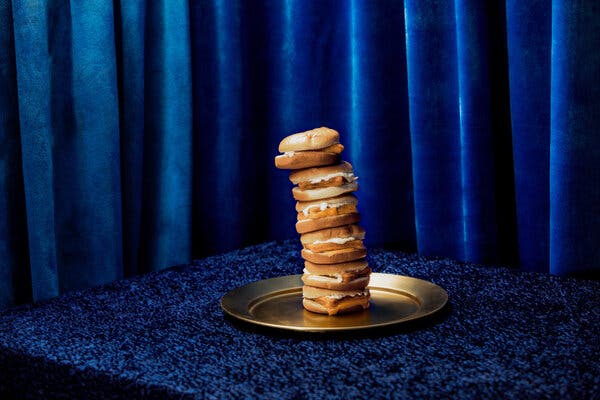 One of the first Chinese McDonald’s opened on April 23, 1992, in Beijing, the largest in the world, at the time. I never got to eat there: My mother was busy packing our things. Two weeks after it opened, she and I were on a plane bound for Montreal to join my father, who was then completing a postdoc that would leave him broke for years. What I remember most from that period was how little we did. My mother worked weekend shifts at a sock factory, while my father took over at home. He studied in our one-bedroom apartment, and I watched TV. On special occasions, we went to McDonald’s.

Listen to This Article

In Canada, just like in China, eating at McDonald’s was a novelty for us. In the wake of post-Mao economic reforms, the belated introduction of the Golden Arches to China represented a whole ethos about what constituted the good life. Fast food might connote easy accessibility or overindulgence in the West, but McDonald’s presented a different kind of comfort for my family and me. The cost of a burger was hardly a trivial thing for us at the time, and my parents didn’t actually treat me to meals there all that often. When they did, we always got takeout so we could eat our burgers and fries around our Formica dining table, on our own plates. The hope was to have our fast food as slowly as we could.

The Filet-O-Fish became my menu item of choice. Its virtues are too many to count; doing so would be futile. As McDonald’s only seafood-based option, the Filet-O-Fish’s semblance of relative health appealed to my parents. Luckily it was also McDonald’s most delicious item. It played to my Chinese palate: While other McDonald’s buns were toasted, the Filet-O-Fish’s was steamed, much like the baozi. From its honeyed starch to its tangy tartar and savory fillet, the taste of the Filet-O-Fish carries an ineffable umami-ness. At once sweet and sour, it reminds me of orange-chicken sauce: a plausibly Chinese flavor mass-produced in America. Eating one always felt transportive — the equivalent of Proust’s madeleine for my Chinese diasporic upbringing.

Its appeal is inscrutable, perhaps out of proportion to its paltry constituent parts.

The Filet-O-Fish is the gold standard of fast food for many Asian-Americans, as well as other minority American communities. Invented by an Ohio franchise owner in 1962, the first Filet-O-Fish was the answer to the problem of McDonald’s falling sales on Fridays, when observant Catholics abstained from eating meat. Born from an attempt to market fast food to as many people as possible, the tasty little unit has since been further claimed by everyone from fish-loving Chinese-Americans to practicing Muslims to — well, anyone with taste. By 1965 the sandwich had gone national.

Its appeal is inscrutable, perhaps out of proportion to its paltry constituent parts. Consider the recognizably flaky fish patty, made from the ubiquitous Alaskan pollock. “Pollock is everywhere,” writes the marine fisheries biologist Kevin M. Bailey in the book “Billion-Dollar Fish.” “It is the pure white meat in fish sticks bought at Walmart and Filet-O-Fish burgers ordered in McDonald’s.” But you wouldn’t want the fish to be more interesting. The generic quality of pollock’s fishiness — common enough for various cuisines to lay claim to it — is part of its allure. So maybe what makes the sandwich beloved isn’t its taste at all, but the juxtaposition of its elements: A single fillet of fried fish, topped with a thin slice of American cheese and tartar sauce, all of it cradled in a bun whose impossible roundness suggests the triumph of industrial food production.

As a child, I was under the fantasy that my obsession with such a strange sandwich was eccentric. When I went to McDonald’s with friends who got Chicken McNuggets Happy Meals or cheeseburgers, ordering the Filet-O-Fish made me feel as if I was in on some sort of secret. After a few years in Montreal, my dad landed a good government job in Victoria, British Columbia. On our drive across Canada, we indulged in the prospect of my dad’s earning a real salary by eating at McDonald’s almost daily, a whirlwind of Filet-O-Fish meals (for me) and hamburgers (for my parents). But my experience was shattered when I, fancying myself different, pointed out that my parents both loved hamburgers while I, a renegade, preferred the Filet-O-Fish. “Well, I like the Filet-O-Fish most too,” my mother put it candidly. “But it is expensive, so we only buy it for you.”

These days, the sandwich is more expensive than ever; it’s also less beautiful than I remember. At some point, the Filet-O-Fish underwent rebranding: An ostentatious paper box replaced the modest blue wrapper, while what I remember being a full slice of cheese seems to have shrank by half. McDonald’s insists that the cheese has always been half a slice — so as not to overwhelm the fishiness of the fillet. Today’s unboxing experience most often reveals limp cheese sagging off the patty, frequently stuck to the ill-advised box. Where is the madeleine of my youth? Nowadays, a good Filet-O-Fish is hard to find.

And yet, I eat the thing. I look for the Filet-O-Fish on every drunken late-night McDonald’s run, rushing to order two of them 10 minutes before closing. Yes, my adulthood has been marked by disappointments, but ultimately I take what I can get. The Filet-O-Fish remains my platonic ideal of fast food, however imperfect it has become. And perhaps its imperfections, the way it never quite lives up to the ideal, are what make the sandwich feel like home.

Jane Hu is a critic whose work has appeared in The New Yorker, Bookforum and elsewhere. She is a Ph.D. candidate in English at the University of California, Berkeley.

America In December 2021: See The Best Places To Visit And…

Hunger, maternal deaths and stillbirths have soared during…

Hershey Recalled Some Of Its Chocolate Shell Topping Due To…