Why leftover pasta can be better for your health than a fresh, hot meal

It’s time for you to put to bed any lingering guilt you might be carrying about each time you pull yesterday’s takeout container from the refrigerator and indulge in a lazy man’s cold leftover dinner.

You see, you’re not being a slothful human at all. You’re actually making a healthy mealtime decision. It turns out that eating cold leftovers can actually be better for you than a hot, fresh meal. 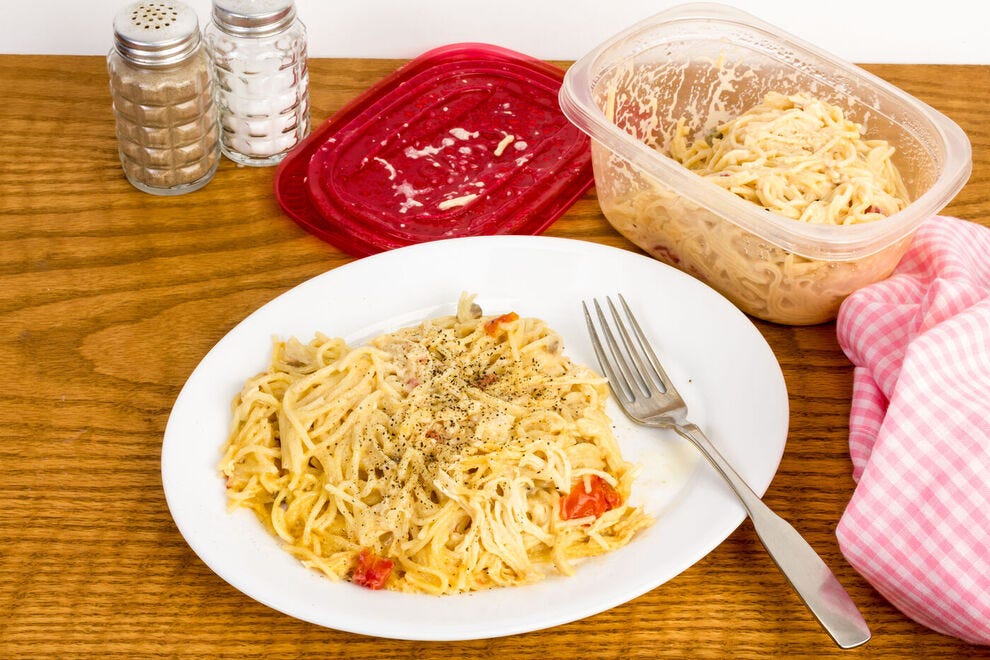 Although it certainly sounds crazy, the science behind the phenomenon is fairly straightforward. But before you go thinking that devouring any old, cold meal straight from a Tupperware container is going to help you slim down, allow me to clarify. The cool leftover rule only applies to foods rich in starchy carbohydrates like pasta, rice and bread.

Too much of a good thing: Dangers of overindulging in ‘healthy’ foods

Too much of a good thing: Dangers of overindulging in ‘healthy’ foods

While regular starches are converted to glucose – a form of sugar – within the small intestine and absorbed into the body, resistant starches proceed onward, unconverted, into the large intestine. Here, colonic bacteria – the good microorganisms that make up our digestive biome – feast upon the resistant starches, fermenting the compounds.

As they are broken down by the bacteria, beneficial short-chain fatty acids like butyrate are created and then absorbed by the colon into the body. Resistant starches essentially force your body to work harder to digest and convert them into energy, spiking your metabolism, and helping your body to burn calories along the way. 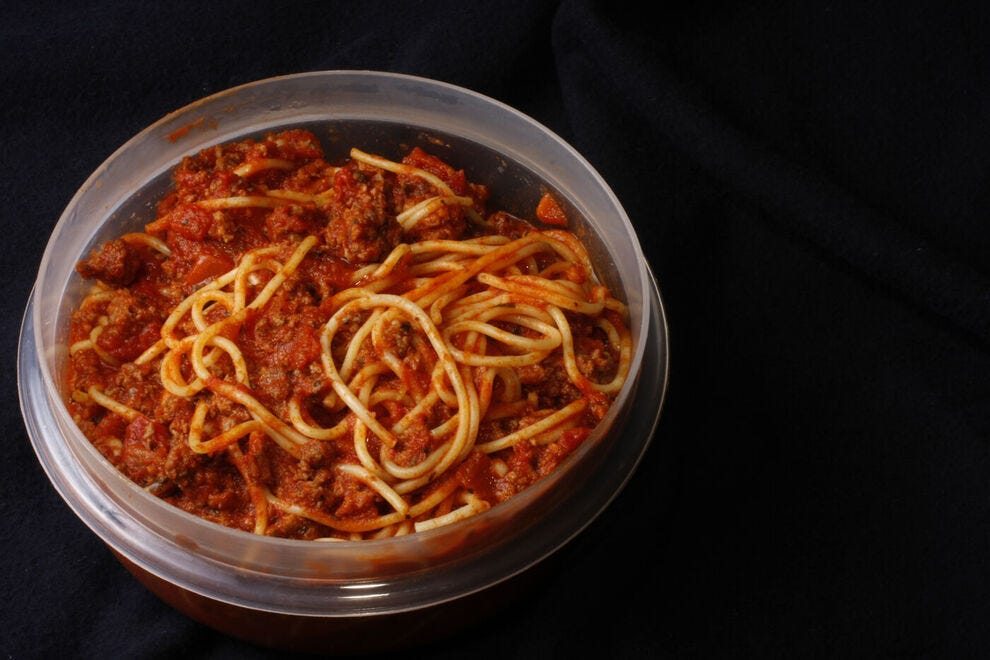 Believe it or not, this Tupperware of pasta is actually better for you than it was fresh out of the pot — Photo courtesy of iStock / NRedmond

In this way, resistant starches behave within the body more like fiber than starch. Their slower digestion helps you to feel full longer after meals, as well as largely avoiding the dramatic spikes in blood sugar that can occur when we indulge in hearty portions of simple carbohydrates.

What does all of this have to do with cold leftovers? Well, remember how I said that some starches can be modified to take on the qualities of resistant starches? Simple starches become easier to digest as they are heated up. But when cooked, simple starches like pasta or white rice are allowed to cool back down again before being consumed, they actually change their structure to become resistant starches.

So when you sit down to a bowl of refrigerated, leftover fried rice or fettuccine from the night before, your body really does digest and convert fewer calories than when you ate an identical portion of the dish while it was fresh and hot. 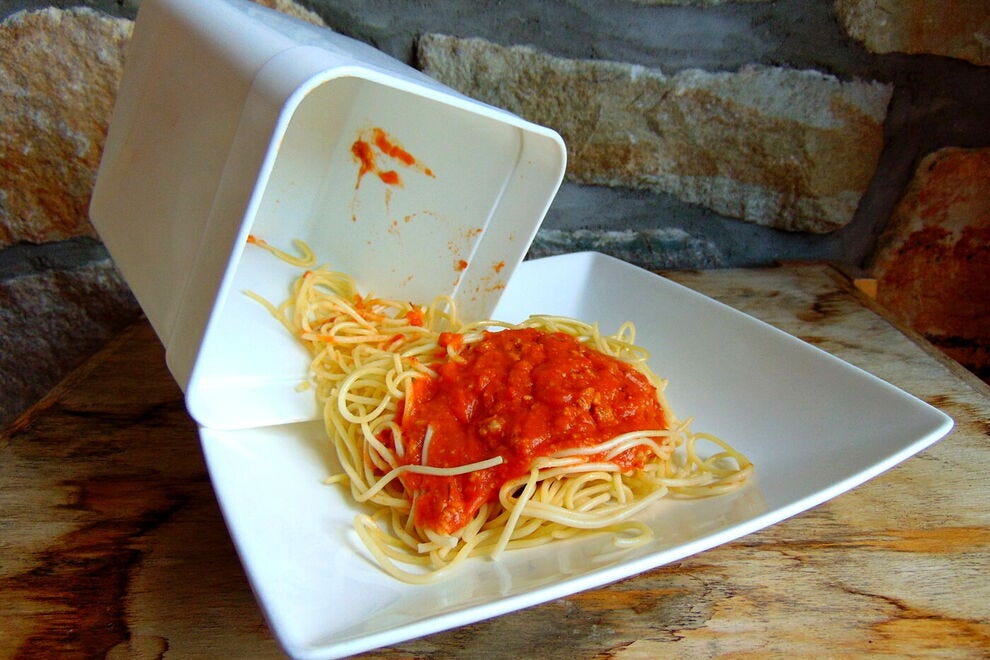 Thanks to retrogradation, it might be worth preparing extra pasta to ensure there are leftovers — Photo courtesy of iStock / Mary De Vocht

This process is called retrogradation, and consuming carbohydrates that have gone through the process truly does result in a significantly lowered glycemic response and a greater amount of energy spent by the body to convert the newly-resistant starch.

But there are a few things that you ought to know before you begin tossing all of your meals into the freezer for a quick chill before digging in. For starters, it’s important to remember that retrogradation only applies to starchy, carbohydrate-rich foods. You’re not going to experience the same effect by biting into a day-old candy bar or steak.

And secondly, time is of the essence when it comes to retrogradation. It takes hours for simple starches to begin the conversion process into resistant starches after they have been removed from the heat of the cooking process. But to really feel the full effects of the conversion, you’re going to want to give your food a full 24 hours in the refrigerator.

So don’t make last night’s meal today’s cold lunch. Give it a few more hours and save it for dinner.

8 Romantic Honeymoon Places In Texas Where You Can Sit Back And Relax!

Insiders are buzzing about Subway’s attempts to sell…

Snack Bar Trends: Raising the Bar in a Crowded Market

What is menudo, and why is this stew so controversial in the…