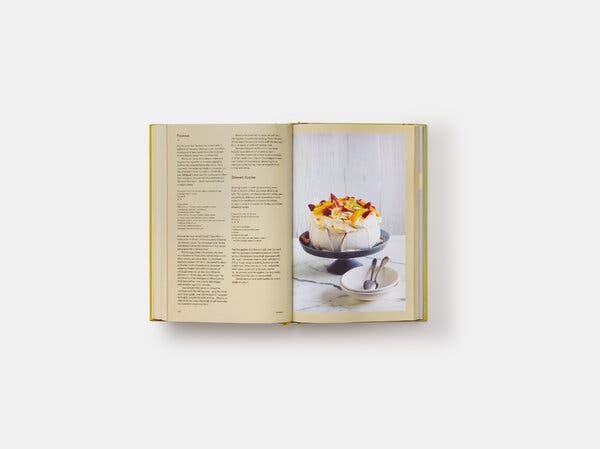 The pavlova recipe in “Australia: The Cookbook.”Phaidon

The Australia Letter is a weekly newsletter from our Australia bureau. Sign up to get it by email.

What is Australian food? Is there even such a thing? These are questions I’ve been asked so many times, and I admit to finding them incredibly frustrating. It doesn’t help that the answers are not simple ones.

This week in the United States, Phaidon released a 432-page answer in the form of “Australia: The Cookbook” ($49.95, 65 Australian dollars) by chef and cookbook author Ross Dobson. The book was released in Australia on March 30 and it goes a long way toward clarifying the definition of Australian food, for both an international audience and Australians themselves.

Indeed, if (or, more certainly, when) I’m asked that question again, I may point the questioner to the first two chapters of the book, the first titled ‘A brief introduction to Australian cuisine,’ and the second is an essay on Indigenous food by Jody H. Orcher, an Ularai Barkandji woman and director of Wariku Bushfood Infusions.

In the first chapter, Dobson goes into great detail chronicling the three main periods of Australian food: the tens of thousands of years before colonization; the 150-or-so years in which Anglo colonists mainly cooked to satisfy a craving for the foods of England; and the period since the 1950s, when immigration has vastly changed the way Australians eat.

In the second chapter, Orcher describes the history and cultural knowledge of First Nations cookery, and gives a fairly comprehensive breakdown of native Australian ingredients.

The recipes in the book reflect that history of Anglo dominance but also multiculturalism, and dishes like beef Wellington made with lamb and Greek-influenced spanikopita filling (rather than the traditional beef, pâté and duxelles) make me wonder if the dismissal of Australian cooking as a real, developing cuisine stems from the food world’s snobbish dismissal of “fusion.”

Almost all Australian food that can be identified specifically as such melds traditions from different cultures. This is true of most American food, too, of course, but the length of America’s colonized history allows us to more easily forget that fact.

On Thursday, Phaidon, the Australian Embassy and Tourism Australia hosted a live web panel — moderated by Travel & Leisure senior editor Sarah Bruning — with Dobson, and O Tama Carey (a chef who contributed recipes to the book, and whose restaurant in Sydney, Lankan Filling Station, I reviewed in 2019).

The conversation, which you can still watch online, covered many questions that I have been grappling with for years, in particular: what is the meaning of the term “authenticity” in a country like Australia? Carey, who’s mother is Sri Lankan, talked about cooking Sri Lankan food at her current restaurant. While it’s the first time in her career she’s felt her food is authentic to her own life and experience, it’s also the first time she has been subject to criticism over the so-called authenticity (or lack thereof) of her food.

Dobson spoke about whittling down the number of recipes from over 700 to 350, and explained why things like banana bread and lasagna might end up in a book dedicated to Australian cooking.

He also gleefully declared that many Australian desserts are “almost camp,” a notion that I’d never considered before but is certainly true — all that pink food coloring, all that coconut. There is something about traditional Australian desserts that are so fantastical, like all of our childhood fantasies of sugar and parties spun into baked goods.

If this book had come out during the years I was living in the U.S. as an Australian expat, it would have felt like a warm hug. There are so many recipes I’d not even thought of as Australian, but that I also hadn’t seen since I left. Zucchini slice! Rissoles! Melting moments biscuits!

Is there a recipe that you think of as particularly Australian? Perhaps one that might not be thought of that way by the rest of the world? Let us know at nytaustralia@nytimes.com.

Now on to this week’s stories: 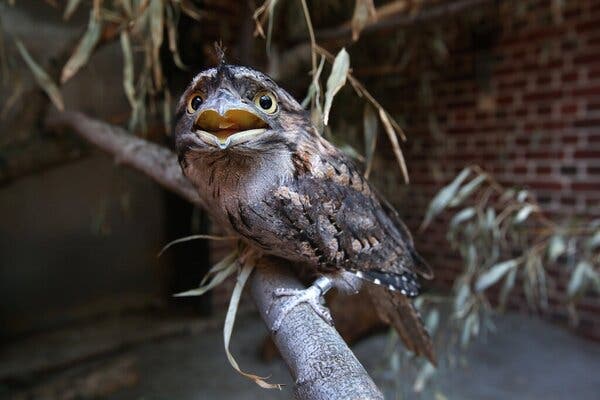 This ‘Angry’ Bird Is the Most Photogenic, Research Finds. Researchers in Germany reviewed more than 27,000 images to identify the world’s “most Instagrammable bird.” An odd-looking nocturnal species native to Australia and Southeast Asia stood out, they said.

How Long Will These Children Live? Tremendous gains on life expectancy have been made around the world, but huge gaps remain. We photographed scenes from the global fight for a more equal life span.

Australian Who Filmed 4 Dead and Dying Officers Gets Prison Sentence. The judge described the filming of police officers who had been hit by a truck on a freeway as “heartless, cruel and disgraceful.”

Around the TimesEmergency workers at the scene of a fatal stampede at a crowded Lag b’Omer gathering in Mount Meron, Israel.David Cohen/Jini Photo Agency Ltd, via Reuters

The U.S. Economy Is (Almost) Back. It’s Looking Different From How It Used To. The recovery is profoundly unequal across sectors, unbalanced in ways that have big implications for businesses and workers.

‘The Traveling Zoo’: Life on the Road, With Pets at Their Side. Many truckers depend on the companionship of dogs, cats, birds, pigs — or even a hedgehog.

Inside the Chauvin Jury Room: 11 of 12 Jurors Were Ready to Convict Right Away. One juror described the seven hours of closed-door deliberations that led to Derek Chauvin’s murder conviction.

Are you enjoying our Australia bureau dispatches?Tell us what you think at NYTAustralia@nytimes.com.

Like this email?Forward it to your friends (they could use a little fresh perspective, right?) and let them know they can sign up here.

Ball Makes Reusable Aluminum Cups That Will Replace All Of…