It’s Official: Pepsi Blue Is Returning To Shelves This Summer

Summer 2021 is really bringing the heat! 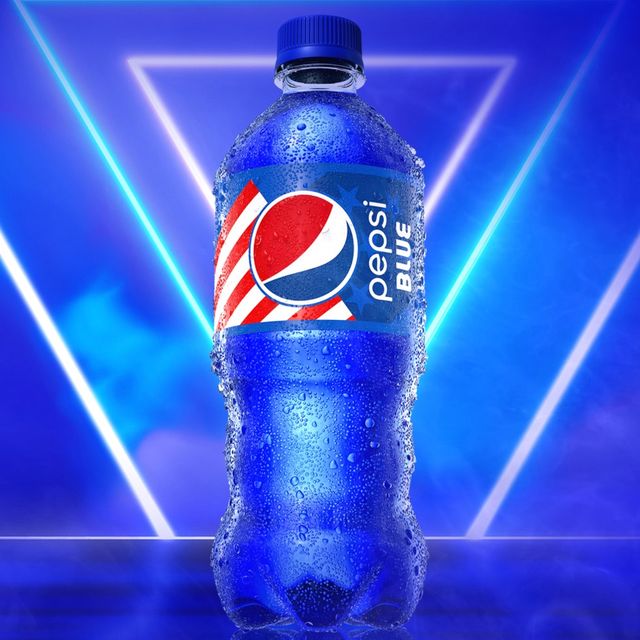 Summer 2021 may not be here quite yet, but when it does arrive, it’s sure to leave a lasting impression. Though there are already a number of tasty products that have been announced to get us ready for fun in the sun (did y’all know there’s a Smirnoff Pink Lemonade flavor now?!), nothing quite compares to the excitement I feel knowing that PepsiCo is graciously delivering Pepsi Blue back into our lives. That’s right, the rumors are absolutely true!

Earlier this year, we reported on the potential of Pepsi Blue being released again, but nothing was 100% confirmed. Now, however, the Pepsi brand has officially let it be known that our dreams of reliving the early 2000s has finally come true. And honestly, I am probably more excited than anyone you know.

If you recall (or maybe you don’t if you weren’t born until the prime years of crop tops and baggy jeans), Pepsi Blue was introduced to the market in 2002, but was sadly pulled from shelves in 2004. Well now—almost two decades since it first arrived—it’s back and (hopefully) tasting better than ever! Featuring a bright blue color (duh!) and a very berry taste, this cola is one that you’ll want to stock up on as soon as it touches down.

Ready to get your fix right now? Pepsi Blue isn’t available quite yet, but it’s scheduled to hit shelves nationwide beginning on May 3, making it the perfect addition for your Memorial Day festivities. The delicious sip will be sold in single serve 20-ounce bottles, both 16-ounce and 16.9-ounce six-packs, and 16.9-ounce eight packs. But remember, this nostalgic sip will only be around for a limited-time, so be sure to get it while you can. Now, that we’ve successfully gotten Pepsi Blue back, who do I talk to about reviving Pepsi Strawberry Burst?!