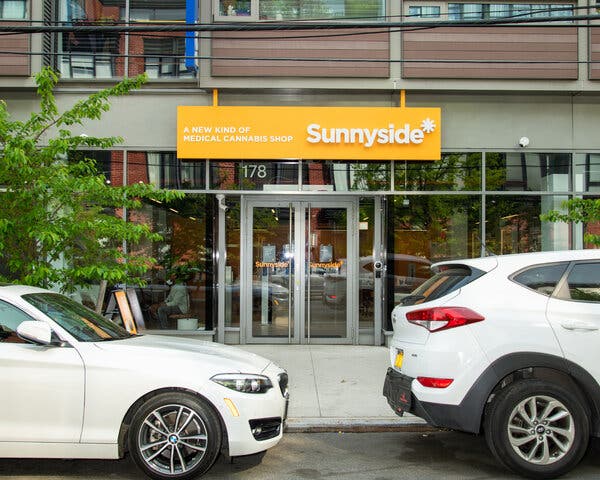 A Brooklyn medical marijuana dispensary run by Cresco Labs, which is preparing for possible expansion into sales for recreational users in New York State.Brian Finke for The New York Times

It has been only five weeks since New York State legalized the use of recreational marijuana. The board that will oversee the rollout has yet to be appointed, let alone rules set for how licenses will be issued to cannabis businesses. The sale of legal pot in the state is still a year away. And, of course, marijuana remains illegal on the federal level.

But already the rush is on to get a piece of what could be a $4.2 billion industry in the Empire State.

Brokers are talking to landlords about leasing storefronts to dispensaries. Representatives of out-of-state cannabis businesses are flying in to scope out properties. And suppliers of medical marijuana are expanding in the hope that they will be able to branch into recreational sales.

Agricultural land upstate is now marketed as being “in the green zone” for hemp farming or the construction of grow houses for cultivating marijuana.

“It’s a land grab,” said Gregory Tannor, a principal at Lee & Associates NYC, a brokerage that has been conferring with New York City landlords since November and has already lined up nearly 200 possible locations for dispensaries.

But for all the excitement, there are significant challenges in cannabis real estate.

In some ways, what is happening in New York has already occurred in other states. California was the first to legalize medical use, in 1996; now 36 states allow it. With the signing of New York’s Marijuana Regulation and Taxation Act, 18 states have legalized recreational marijuana, although South Dakota’s law is being challenged in court. 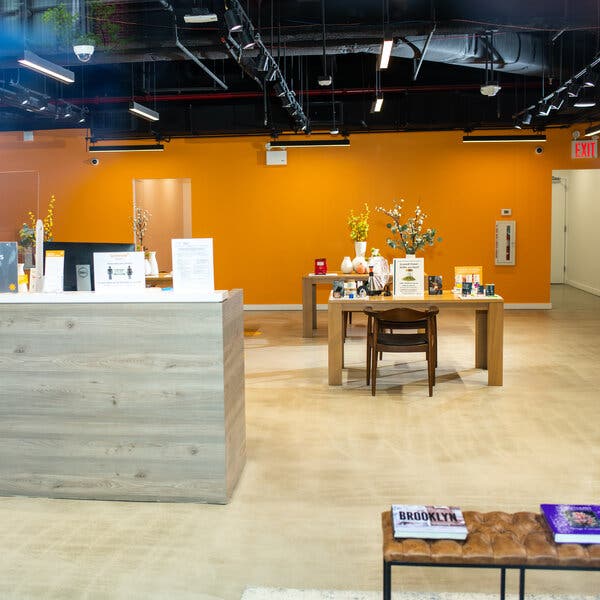 But the Drug Enforcement Administration still classifies marijuana as a controlled substance. Banks are skittish about lending to cannabis businesses, constraining their ability to buy and hold real estate, although that may soon change.

And many landlords won’t lease to cannabis companies, either because of the risk in having a tenant that violates federal laws or the unsavory reputation that still clings to weed. Those willing to do so have been able to charge premium rates.

Zoning also puts the squeeze on real estate available to cannabis companies, often relegating them to industrial areas. Municipalities require that a cannabis concern be a specified distance from schools, houses of worship and other cannabis businesses — if they allow it at all.

In New York State, cities, towns and villages have until Dec. 31 to opt out of the new law, prompting heated discussions among local officials, some of whom “can’t fathom the idea of the devil’s lettuce businesses within their borders,” said Neil M. Willner, co-chair of the cannabis practice at Royer Cooper Cohen Braunfeld, a New York City law firm.

But the pandemic may have softened the stance of some officials, given the jobs and tax revenue that cannabis businesses can generate after the protracted health crisis has decimated both. The state estimates that the new industry could bring it $350 million in annual revenue and create 30,000 to 60,000 jobs.

Meanwhile, funding is pouring into the industry in anticipation of possible federal legalization, some lenders will now do business with cannabis companies, and real estate investment trusts have sprung up to serve marijuana interests.

Cresco Labs has four medical dispensaries in New York, including one in the Williamsburg neighborhood of Brooklyn.Brian Finke for The New York Times

There could be 700 to 900 dispensaries in New York and four million square feet of space devoted to cultivation, said David Weinstein, chief executive of NewLake Capital Partners, a REIT formed last year.

In part because their access to capital has been limited until now, cannabis businesses have tended to lease, rather than own, real estate. A company may buy a property that meets all its needs, sell it to a REIT and then lease it back.

Companies including HP, Microsoft and Unilever are set to call for expanded voting access in Texas.Janet Yellen says interest rates might need to rise to keep economy from overheating.Pandora, the world’s largest jewelry maker, moves from mined to lab-created diamonds.

But that may start to change, at least for the warehouses used for growing, processing and distribution. The National Association of Realtors said 29 percent of commercial members in states that legalized recreational marijuana had reported an increase in purchasing over leasing in the past year.

“Going forward, when banking becomes more normalized for us — when we have the opportunity to get real estate debt in the way traditional industries do — we would have a preference for owning real estate,” said Barrington Rutherford, senior vice president of real estate and community integration at Cresco Labs, a cannabis company with operations in several states.

Cannabis real estate has matured in other ways, too. A cottage industry of law firms, consultants, insurance agents and accountants specializes in helping clients jump through regulatory hoops. A listing service that is the industry’s answer to Zillow offers a wide range of real estate, from $65,000 lots in an industrial park in Lexington, Okla., to a $109 million, 45,000-square-foot grow house in San Bernardino, Calif.

The brick-and-mortar side of cannabis real estate has also evolved.

As cultivation of marijuana has become more sophisticated, grow houses have expanded — they can be 150,000 square feet or more, with high ceilings, heavy-duty ventilation, lighting and security. Processing typically occurs in separate buildings with high-tech machinery.

And dispensaries are increasingly stylish, offering a rarefied retail experience. Accomplished architecture and design firms have gotten into the act. There are even companies that specialize in kitting out dispensaries and other cannabis real estate.

And as marijuana gains broader public acceptance — and some celebrity glamour, with Jay-Z’s Monogram and Seth Rogen’s Houseplant — stores are opening in prominent locations near traditional retailers.

“We’re next to Starbucks in downtown Chicago,” Mr. Rutherford said. “In Philadelphia, the store we’re opening is a half block from Shake Shack and down the block from Macy’s.”

“We are building a portfolio of sites that would be enviable by any retail organization,” he added.

The New York State law also provides for licenses for “consumption sites,” and this is expected to give rise to clublike lounges and cannabis cafes. The prospect of such convivial settings has led to predictions that New York City may become the next Amsterdam.

These new storefront uses would appear to be a godsend for New York’s retail real estate market, where availability has increased and rents have fallen.

“A few years ago, when the market was stronger, it was harder to find landlords willing to play ball,” said Benjamin S. Birnbaum, a broker at the real estate services firm Newmark. “What’s changed, because of the pandemic, is that every landlord is willing to talk about it.”

Another reason landlords may be amenable: Cannabis retailers tend to lease large spaces, ranging from 3,000 to 10,000 square feet.

A Sunnyside employee handling medication from the room where it is stored.Brian Finke for The New York Times

Large cannabis stores have been a boon during the pandemic, when crowding into a small retail establishment has been out of the question. But some wonder whether stores will shrink in the future, given the popularity of delivery services. Uber is open to exploring weed delivery if the federal government legalizes it, Dara Khosrowshahi, the chief executive, said in a recent CNBC interview.

Regardless of size, opening a dispensary can be complicated and expensive, in part because states have required that would-be retailers have control of a site, through a lease or option to lease, before they can apply for a license. But the number of licenses in some states is limited, with no guarantee a business will get one.

In Oregon, some applicants had to wait so long — one or two years, said Andrew DeWeese, a lawyer with Green Light Law Group in Portland — they eventually gave up and essentially sold their place in line.

“It’s a Catch-22,” said Kristin Jordan, a cannabis lawyer in New York City. “You want to secure real estate, but you don’t want to jump the gun.”

Still, the prospect of operating in New York, a state with more than 19 million residents and a major tourist destination, is so enticing that cannabis companies are getting their ducks in row.

Companies that have medical dispensaries, which have been operating since 2016, are in an enviable position because it is believed they will have an advantage in securing additional licenses.

Cresco Labs has four medical dispensaries in New York, including one in the Williamsburg neighborhood of Brooklyn. It is unclear whether the state will allow recreational marijuana to be sold at those locations, but Mr. Rutherford is hedging his bets, adding parking and in some cases expanding by leasing a storefront next door to an existing space.

“We are making sure those stores are ready for the future adult use market,” he said.

10 Places To Visit In Virginia: For Wine, Mountain And History Lovers In 2021

Hunger, maternal deaths and stillbirths have soared during…