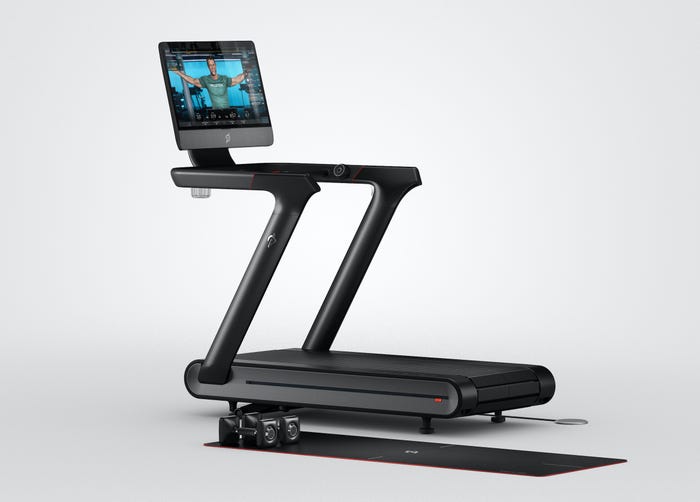 US regulators warned Tread+ owners with children to stop using the machine immediately.

US regulators posted a video of a child being sucked under a Peloton Tread+ treadmill.
The US Consumer Product Safety Commission is warning owners with children or pets to stop using their Tread+ amid safety concerns.
Peloton pushed back against the warning, calling it “inaccurate and misleading.”
See more stories on Insider’s business page.

US regulators are urging owners of Peloton Tread+ treadmills to stop using the equipment following numerous incidents of children being sucked underneath and one death. The US Consumer Product Safety Commission (CPSC) posted a harrowing video on Saturday to show the potential dangers the treadmill poses.

In the clip posted to YouTube, two small children are playing on and around a Peloton Tread+ before one gets pulled underneath the moving treadmill. The child gets sucked deeper and deeper under the equipment for more than 30 seconds before freeing themselves and walking out of frame.

The agency included the video in an urgent warning it issued on Saturday telling owners with children to stop using the $4,295 device immediately over safety concerns. The CPSC said it was aware of 39 incidents involving the Tread+. A Peloton spokesperson clarified to Insider that that figure includes 23 incidents involving children, 15 involving objects, and one involving a pet.

“CPSC staff believes the Peloton Tread+ poses serious risks to children for abrasions, fractures, and death. In light of multiple reports of children becoming entrapped, pinned, and pulled under the rear roller of the product, CPSC urges consumers with children at home to stop using the product immediately,” the agency said in a statement.

The Peloton Tread+ went on sale earlier in 2021 as a high-tech treadmill to complement Peloton’s popular stationary bike. In March, the company’s CEO emailed Tread+ owners informing them that a child had died after an accident involving the machine.

Still, Peloton pushed back against the CPSC’s warning, calling the press release “inaccurate and misleading” and highlighting the ways it has cooperated with the regulator’s investigation.

“There is no reason to stop using the Tread+, as long as all warnings and safety instructions are followed. Children under 16 should never use the Tread+, and Members should keep children, pets, and objects away from the Tread+ at all times,” Peloton said in a statement on Saturday.

In a message to customers on Sunday, Peloton CEO John Foley expressed his sympathies to customers whose pets or children were harmed and said Peloton has no intention of recalling the Tread+. He also said Peloton is working on a software update that will “provide an additional layer of protection against unwanted use of the Tread+.”

Watch the video below: