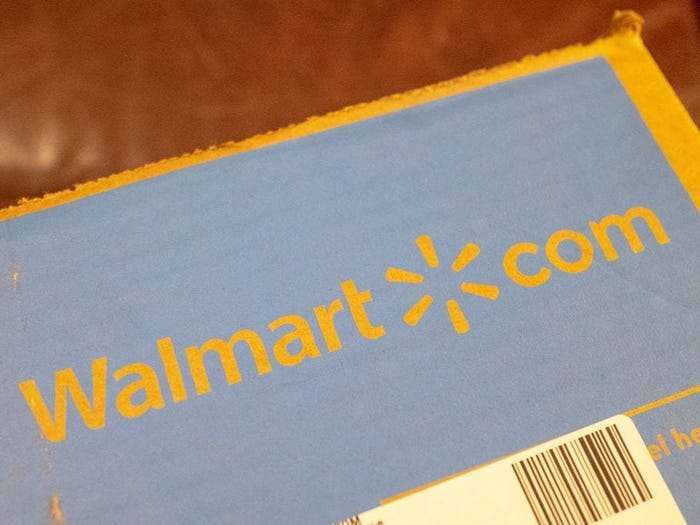 Walmart Marketplace is a major player in third-party e-commerce sales.
But sellers say that the retail giant has a long way to go to catch up to Amazon.
Insider spoke with 10 merchants who pointed out major issues in the company’s e-commerce platform.
See more stories on Insider’s business page.

Walmart Marketplace is slowly becoming a force in the world of third-party sales.

Independent entrepreneurs selling on Walmart’s website jumped from 1,000 in 2016 to 70,000 in 2020, per Reuters. But sellers on the site have a few suggestions on improvements that the retail giant can make to better compete with Amazon’s seller platform.

Among the areas in need of improvement are Walmart’s outdated website and subpar customer service, according to 10 sellers that spoke to Insider.

“We have some of the best sellers in the world on our Marketplace and we’re moving fast to build out a seamless seller experience,” Jeff Clementz, senior vice president of Walmart Marketplace, told Insider in a statement. “While we have work to do, we are grateful for their collaboration and feedback as we improve and scale our support capabilities. Our goal is to make Walmart the preferred marketplace for sellers and we’ll do that by focusing on our shared success.”

Speaking with Insider about current issues with Walmart Marketplace, merchants cited a lack of seller support compared to Amazon. The Seattle-based company has a number of support channels for merchants to choose from, including email, online chats, and a phone hotline.

Walmart, on the other hand, only offers sellers communication via email. These lack of options are highlighted when sellers are dealing with refund requests or technical snarls that they may need help facing.

“Walmart Partner support is not helpful, or understanding, or both,” Yosef Klugman, a Walmart Marketplace user, told Insider. “They can only be contacted via email and honestly I don’t even think most of the responses are coming from live humans.”

Brian — who asked that his full name not be used for fear of retaliation — is a reseller who runs multiple merchant accounts, often buying products wholesale to resell on Amazon. He said that at the moment there’s not much comparison between Amazon and Walmart’s website capabilities for sellers.

“Walmart is in the year 2000 and Amazon is in the year 2015,” said Brian, adding that Walmart needs “a brand new seller platform” in order to better compete with Amazon, which despite issues related to black-hatting runs more smoothly.

In the past, sellers said that black-hatting concerns on Amazon arose because of the e-commerce giant’s international platform, meaning that legal repercussions for bad actors weren’t levied thanks to jurisdictional issues. Merchants also said that Amazon could do more to prevent sabotage and manipulation on its platform.

“In order to protect both customers and sellers, we have selling policies that all sellers agree to and we take swift action against those that violate them, including suspending or removing selling privileges,” an Amazon spokesperson said in a statement sent to Insider.

Some sellers now fear that as Walmart opens its marketplace up to non-American business, Marketplace will suffer the same fate. Bloomberg reported in March that the company plans to have all non-US vendors on the site go through intensive vetting.

“This has the potential to change how things are on Walmart,” Molson Hart, the CEO of ViaHart, said. “I thought it was a terrible idea because Walmart had an opportunity to differentiate their platform from Amazon.”

Hart’s educational toy company did $7.4 million sales in 2020, with 93% of his sales coming from Amazon, and Walmart accounting for just 4% of sales. His lopsided sales by platform speak to Amazon’s dominance over third-party sales, which accounted for 54% — or $386 billion – of Amazon’s net sales in 2020. By 2025, Amazon is also expected to surpass Walmart in gross merchandise value, according to Edge by Ascential.

Hart and other Walmart Marketplace sellers are rooting for Walmart to break up Amazon’s monopoly on third-party sales.

“Walmart is improving every year and ecommerce sellers are rooting for Walmart in a way, because it’s just nice to have some sort of counterbalance to this massive company that for a lot of ecommerce sellers counts for 60% to 70% plus for their sales,” Hart said.