Hunger, maternal deaths and stillbirths have soared during the pandemic. 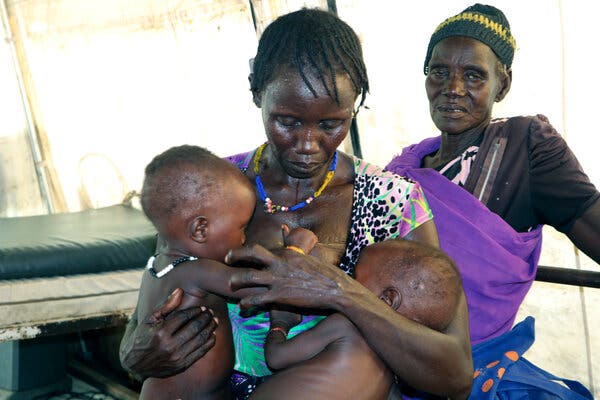 A woman with her twins in a health clinic in South Sudan, where tens of thousands of people are suffering famine.Sam Mednick/Associated Press