This summer is gearing up to be a big one for the short-term-rental market.
But while demand is high, supply is low.
Vrbo is appealing to Airbnb hosts with new programs and ad campaigns.
See more stories on Insider’s business page.

Mike Clinton hadn’t even finished furnishing his new eight-bedroom house in Twin Lakes, Wisconsin. But a few weeks after listing it on Airbnb, he had already earned $45,000 in bookings for this summer.

In fact, he hadn’t even closed on it yet before he listed it for rent on the platform in April.

“Half of the summer weekends are sold already,” he told Insider. “There’s a lot of people that want to get together. I’ve been getting messages from people like, ‘It’s been two years since I’ve seen my grandma.'”

He’s also including the use of a new pontoon boat in the rental cost of about $1,500 a night.

The Wisconsin lake house is Clinton’s second short-term-rental property. He first got into the business right when the pandemic began in spring 2020, renting out a home on both Airbnb and Expedia Group’s Vrbo that he had just bought in his home state of Illinois.

He had fairly steady demand for that property throughout the pandemic, but what he’s witnessing now for his Wisconsin lake house is on a different level.

Hosts are a hot commodity

The summer is gearing up to be a big one for short-term rentals — so big, in fact, that industry giants like Airbnb and Vrbo are getting desperate for supply from new hosts like Clinton.

Each is rolling out programs and advertising campaigns to encourage more people to sign up to host on their platforms.

In its first-quarter earnings call on May 13, Airbnb CEO Brian Chesky said encouraging loyal guests to start hosting was a key part of its strategy to increase supply. He said supply was “constrained” in popular non-urban destinations but more plentiful in US cities.

“We have a muscle to continue to add hosts, but we can also convert guests to hosts. And as that number keeps increasing, that’s another big lever for us,” Chesky said. He also teased upcoming features that would make it easier to host.

For Vrbo, looking to Airbnb’s already established hosts will be an important part of its strategy.

“I’m expecting it to be the busiest summer ever,” Vrbo President Jeff Hurst told Insider in a recent interview. “All the trends, whether it’s stays already on the books for the summer or bookings coming in right now, are the best in the company’s history.”

While Airbnb has about 5.6 million listings around the world, Vrbo has less than half that, at just over 2 million. But Vrbo hasn’t been shy about its desire to steal market share from — and attract hosts from — Airbnb.

When Clinton was listing his first short-term rental, he said he turned to Airbnb because it had better brand recognition. Later, he decided to also list it on Vrbo to try to increase his exposure. But partway through signing up for Vrbo, he abandoned it because it was an unfamiliar interface. A day later, he said, Vrbo called him and walked him through the process.

“I thought that was great,” Clinton said. “They showed me how to link the calendars so they don’t overbook each other.”

At the end of April, Vrbo released a series of ads that explicitly compared the brand with its biggest competitor, citing trends indicating that, in contrast to Airbnb, Vrbo guests are often larger groups looking for family getaways.

In one ad, a voice-over says: “If you only list your vacation rental on Airbnb, you might get a few people. But if you also list it on Vrbo, you’ll get Vrbo families who book bigger places like yours.”

Similar ads said that Vrbo travelers tend to book longer stays and spend more than those on Airbnb. It cited comparisons of Vrbo internal data from 2019 with Airbnb’s average nights stayed in the same year, as reported in the company’s November S-1 filing with the Securities and Exchange Commission.

“That’s a targeted pool of people to go steal from,” Robert Mollins, a Gordon Haskett analyst, said. “Vrbo is not going to be the only one going after Airbnb.”

In March, Vrbo also launched a program called Fast Start, targeted at Airbnb superhosts — or any host on another platform who has an average review rating of at least 4.5 stars and has earned more than $3,000 in the past year. If a host meets that criteria and decides to start listing on Vrbo, their new listing will have a badge that says “New to Vrbo” for 90 days, as well as a review score that is based on its reviews from other travel sites. The idea is to increase visibility for these new Vrbo hosts, while helping them to charge higher rates than hosts who are starting fresh.

Hurst said the program was one way the company hoped to build up supply. In some popular destinations, there just aren’t enough homes to rent. But on the other hand, there may be people who are accustomed to hosting on a particular platform and haven’t considered branching out, he said.

“What we realized is there are people who haven’t participated in our platform because they’ve kind of felt stuck on other platforms, in particular during COVID. It’s a cold-start growth problem,” Hurst said. “You’ve got all this equity built up in a platform, and so you’re nervous to do something else because you’re worried you’re going to lose that equity.”

Being on both platforms has its advantages

There are plenty of people who attract guests by listing on Airbnb and Vrbo and say there are perks to being on both platforms.

And as travel demand picks up, and US vaccination efforts continue, the industry is looking at a summer season that may be its best ever, especially for popular tourist destinations near the coast or in the mountains.

According to data from AirDNA, a short-term-rental analytics firm, demand for short-term rentals in US coastal destinations is up 30.2% for the summer compared with summer 2019, before the pandemic hit. For US mountain or lake destinations, demand is estimated to be up 27.9%.

She said the guests she hosts through Vrbo tend to be a bit older and book longer stays than those coming through Airbnb.

“I do find the guests to be a lot more varied there,” she told Insider of Vrbo. “They’re not just vacationing — sometimes they’re coming in for business, or they’re coming in to visit family or for a medical procedure.” 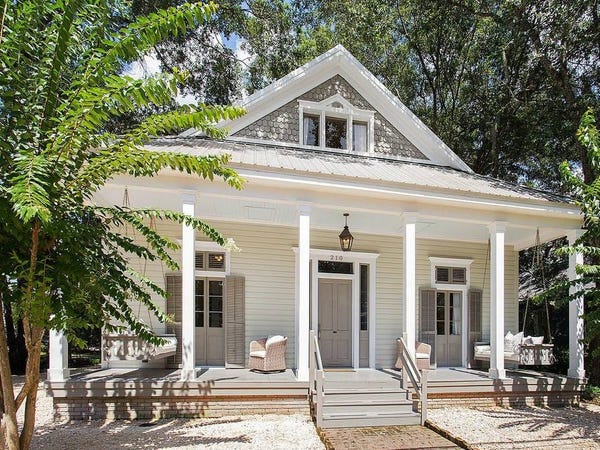 A look at the Luxe Landing at The Lacroix.

Courtesy of The Lacroix Loft + Landings

Still, she said Airbnb’s platform was a little more user-friendly than Vrbo’s, pointing to new automated messaging features Airbnb has rolled out recently. For example, Airbnb will automatically follow up with guests to ask them how their stay went.

Rase recommends that anyone interested in getting into short-term rentals “not put all of your eggs in one basket.” Despite its shortcomings, she said that Vrbo sends guests’ email addresses to hosts upon booking, which helps her to market directly to people who have stayed at her properties before.

“These platforms can, all of a sudden, next week say, ‘You know what, we were charging 3%, and now we’re going to charge 8 and you either take it or leave it,'” she said. “If you don’t start to capture your guests’ information personally, so that you can reach out to them in the future, if need be, without the platforms, then I think you’re really just putting yourself in a bad position.” 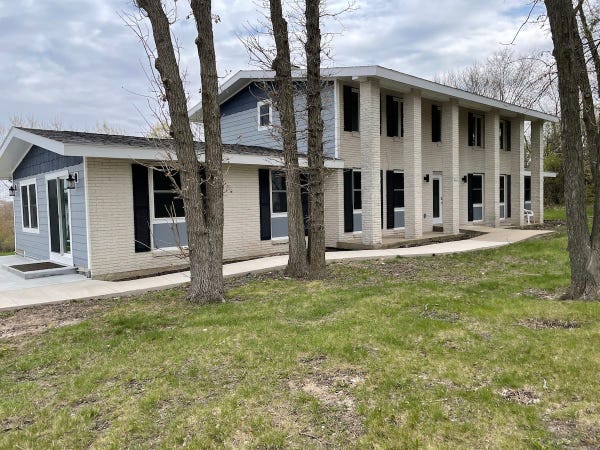 Clinton added that while it was much easier to get his listing set up on Airbnb than on Vrbo, there were “less partiers” and an overall less risky clientele on Vrbo. He also prices his listing a little bit higher on Vrbo than on Airbnb because the company charges a 5% service fee compared with Airbnb’s 3%.

According to AirDNA, average daily rates for short-term rentals are pacing to be up by 8.3% over summer 2019 in coastal resort destinations in the US and 22.6% in mountain or lake destinations.

“Stronger demand in 2021 combined with a lack of available supply in key destination markets means that will increase even further in 2021, where we expect an average increase of about 6% for the year,” Jamie Lane, the vice president of research at AirDNA, told Insider.

While Airbnb has an overall larger supply of homes, analysts say Vrbo could have a leg up early on in the travel industry’s recovery because it has a larger share of homes in rural and coastal destinations.

“Airbnb has around 40% of their listings located in urban areas, and you’re still not going to really see the demand for those markets come through,” Mollins of Gordon Haskett told Insider. “If you look at Vrbo, they’re more in those traditional beach locations, vacation markets, resort areas, mountain areas.

“So they are definitely positioned far better than Airbnb in my mind.”

Krispy Kreme Is Bringing Back 2 Strawberry Glazed Donuts For…