Chipotle will raise prices if a $15 minimum wage passes. Here’s how much more a burrito could cost. 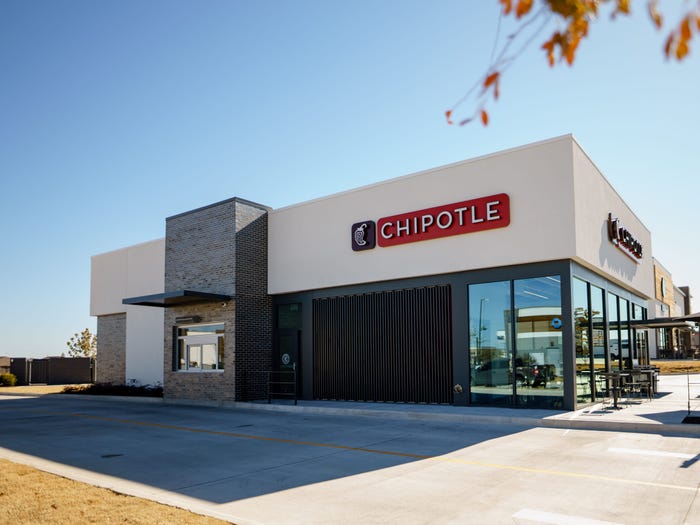 Chipotle said a 10% increase in wages would force the chain to increase menu prices by 2% to 3%.
The company’s CFO said Chipotle is well positioned for an increase in the minimum wage.
Other chains have said they would be forced to hike prices if the federal minimum wage were raised.
See more stories on Insider’s business page.

Raising the federal minimum wage to $15 an hour would require Chipotle to increase its menu prices, but the move would be “manageable,” the company’s chief financial officer said.

For customers, this could mean an additional charge of about $0.20 to $0.35 per meal, as the average person spends about $11 on a burrito or other meal at Chipotle.

Jack Hartung, Chipotle’s CFO, discussed the impact of a $15 minimum wage during the company’s quarterly earnings call on Wednesday. He said hourly employees’ average minimum wage is about $13 per hour, while Glassdoor indicated that a starting hourly wage at Chipotle is about $11.

“We’re not that far off of, for example, a $15 number. But let’s say, for example, that there’s going to be an across-the-board 10% increase in our wages,” Hartung said. “And that would, to offset that with menu pricing, take us 2% to 3% price increase,” he explained.

“All of that is very manageable,” Hartung said.

A $15 minimum wage would require the company to boost overall average employee wages by over 15% and starting wages by about 35%.

Many politicians, including President Joe Biden, have come out in support of a $15 minimum wage. In February a Reuters poll found that 59% of Americans supported a minimum-wage increase. The federal minimum wage stands at $7.25 an hour.

If a $15 minimum wage is passed, Chipotle won’t be the only restaurant raising prices, Hartung added.

“We think everybody in the restaurant industry is going to have to pass those costs along to the customer,” he said. “We think we’re in a much, much better position to do that, than other companies out there.”

Other restaurant chains have discussed the impact of higher wages and an increase in prices on their menus.

“Ultimately, in any business, the customer pays for everything,” Walt Ehmer, Waffle House’s CEO, said. “We don’t have any other source of revenue other than the customer. So we have to be careful how we treat our customers, and we don’t stick it to them with giant price increases.”

Restaurants have been forced to hike prices in the past in response to increases in the minimum wage at the state level. Executives at The Cheesecake Factory and Texas Roadhouse told Insider’s Kate Taylor they have raised menu prices in the past because of state minimum-wage increases.

A minimum-wage increase may also help make restaurants more attractive to potential employees. In recent months, as the US economy recovers from the coronavirus pandemic, employers have been facing a labor shortage, with companies such as McDonald’s and Taco Bell struggling to find staff.

Some chains, including Subway and Dunkin’, have been forced to close dining rooms and cut down on their hours of operation because of the labor shortage.

Overall, Chipotle had a profitable quarter. The chain’s digital sales accounted for much of its growth and grew 133.9% in the first quarter, compared to the same period last year. The company also attributed its growth to its new drive-through options, as it expanded its “Chipotlanes” to over half of its locations.

It’s Official: Pepsi Blue Is Returning To Shelves This…