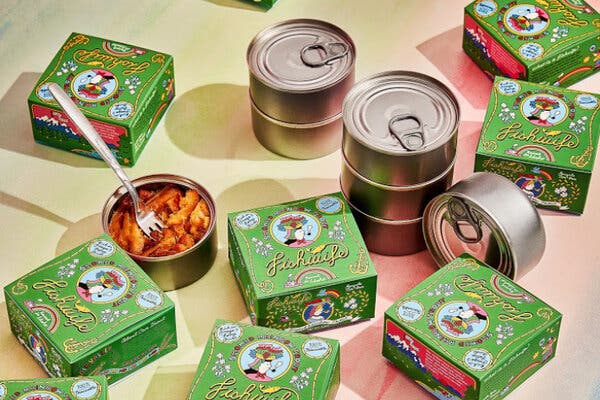 Crack open a can of smoked fish.Stephanie Gonot; Styling by Amy Taylor

With their eyes on Spain and Portugal (and the value given tinned seafood there), Caroline Goldfarb, a comedy television writer, and Becca Millstein, who worked in the entertainment industry, decided that better domestic canned choices were needed. Now they’re in the fish business as founders of Fishwife Tinned Seafood Co. Its latest release is Idaho rainbow trout lightly smoked over alder wood in Oregon and canned in sweet little toothpick-friendly chunks in olive oil, garlic, salt and brown sugar. A plate of it with green olives and a bottle of California albariño, and you’re good to go. Trout salad, trout tossed over pasta or added to a bowl of ramen are some other options. The trout joins their smoked domestic albacore tuna. The rainbow trout is sustainably farmed, and their albacore tuna is wild-caught.

Will Smith Is About To Embark On A Dramatic Body…

We asked a ‘Chopped’ chef how to cook amazing…